dark mode
13 Years of Yosemite
July 24, 2012
This past weekend we enjoyed our 13th annual summer camping trip in Yosemite National Park. The weather was perfect, with warm sunny days and cool nights. Last year we saw the most water in all the years I've been to Yosemite, but this year we saw the least. Yosemite Falls, Bridal Veil falls and the Merced River were nearly bone dry. Nevertheless, a good time was had by all in attendance.

We flew into San Francisco Thursday night, and after many delays and baggage woes, finally go to the hotel around 4AM. We were up by 7:30AM the next day and on the road by 9. We had rented a giant Ford Expedition, and drove up with New Yorkers Dean and Jules, and Matt from San Francisco. We stopped for groceries at the World Greatest Grocery Store, Raleys in Oakdale, California. We were at the campsite by 2PM and had set up camp a few hours later. Once the first beer was opened, camping officially began. 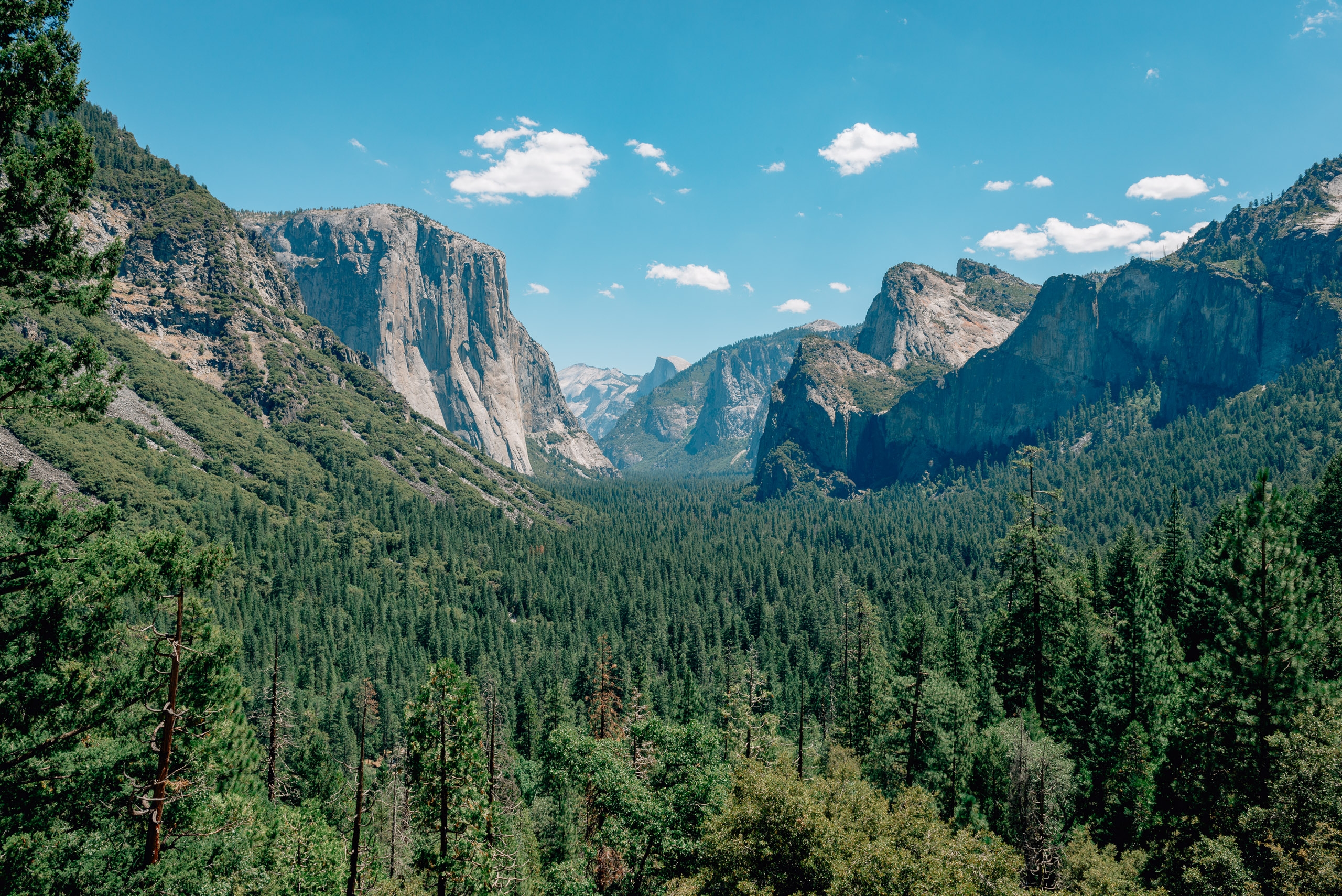 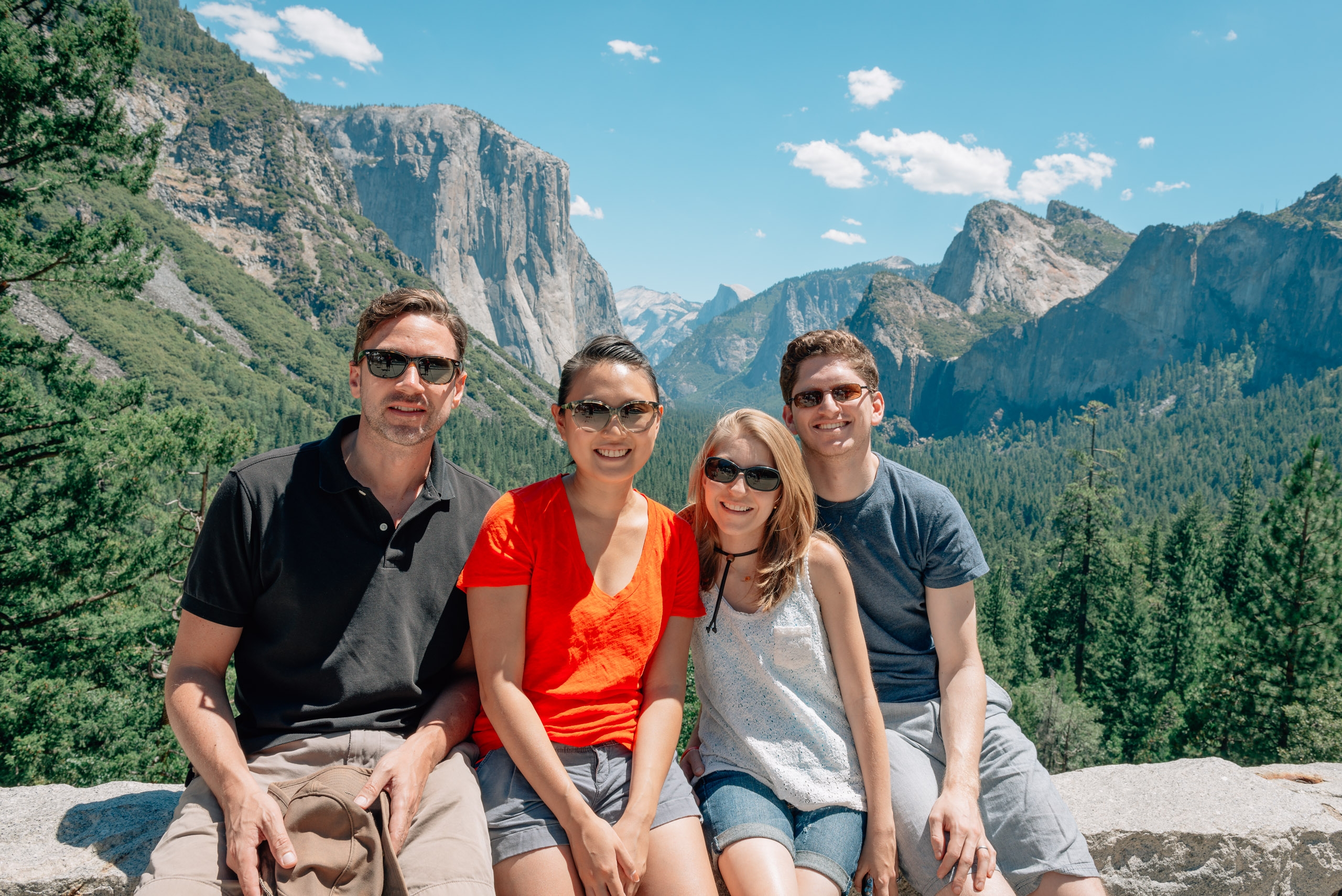 Me, Jessica, Jules & Dean at Tunnel View (click to enlarge)

After last years epic ascent of Half Dome, this was my year off. We planned a relatively low-key day of taking in the sights from the safety and comfort of the rental car. We drove to the top of Glacier Point, took dopey tourist photos and enjoyed a picnic lunch. 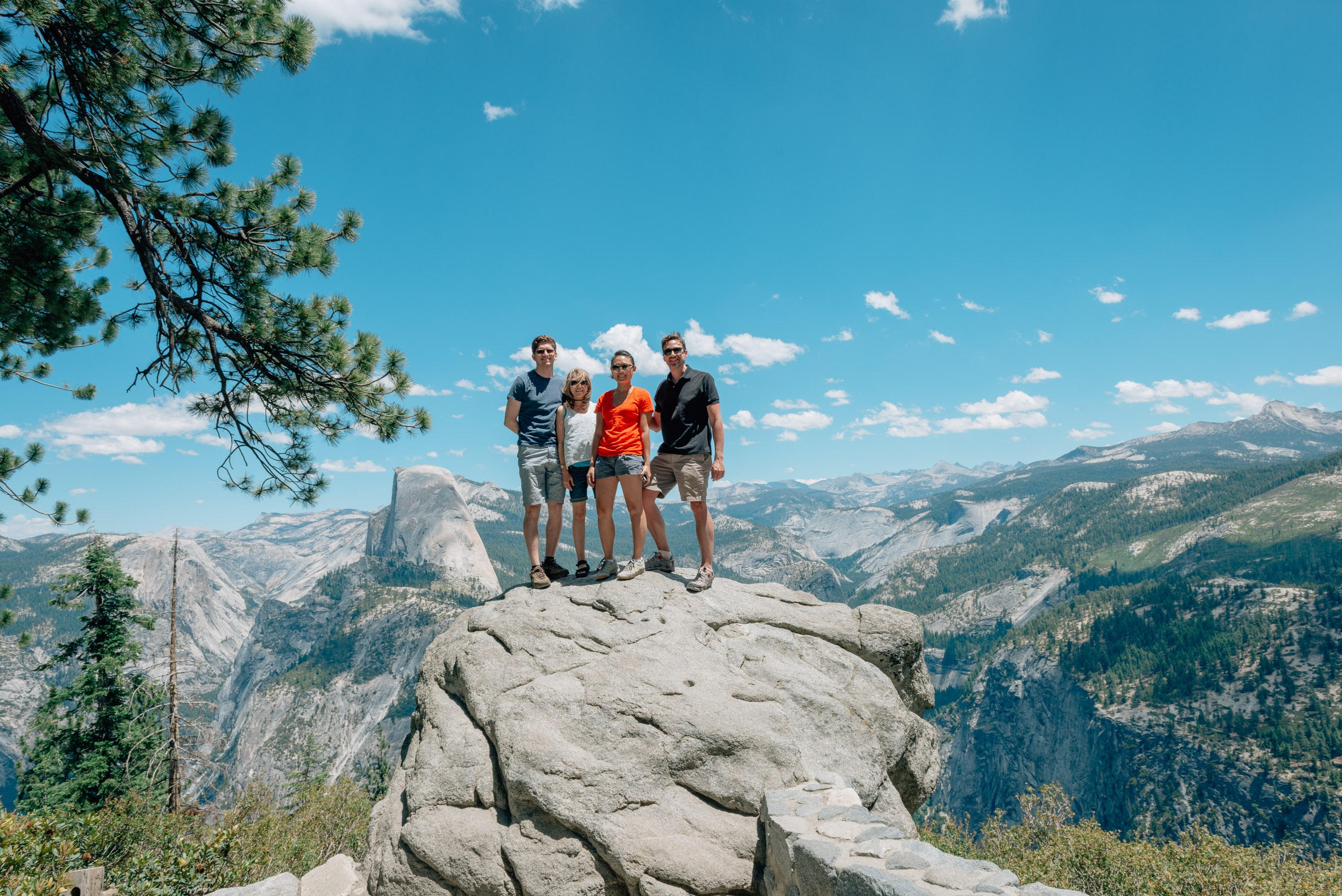 This was my first trip with the new camera. Overall Im pleased with the results, but wish I had spent more time learning the ins and outs before the trip. Previously Ive complained about the cameras weight, but Im starting to get used to it. There are very few automatic settings on this camera, so if you ask a good Samaritan to take your photo, the results are unpredictable. 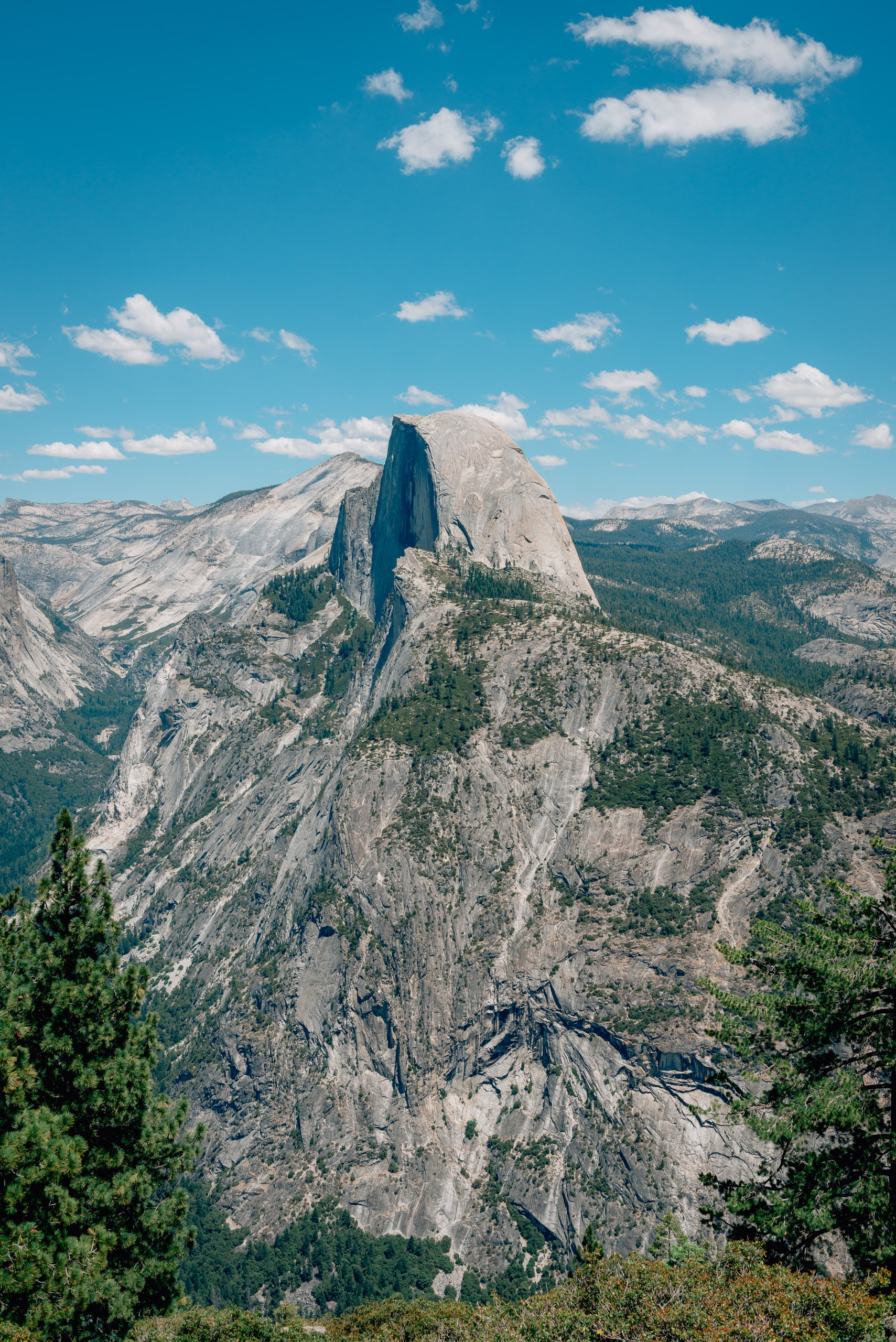 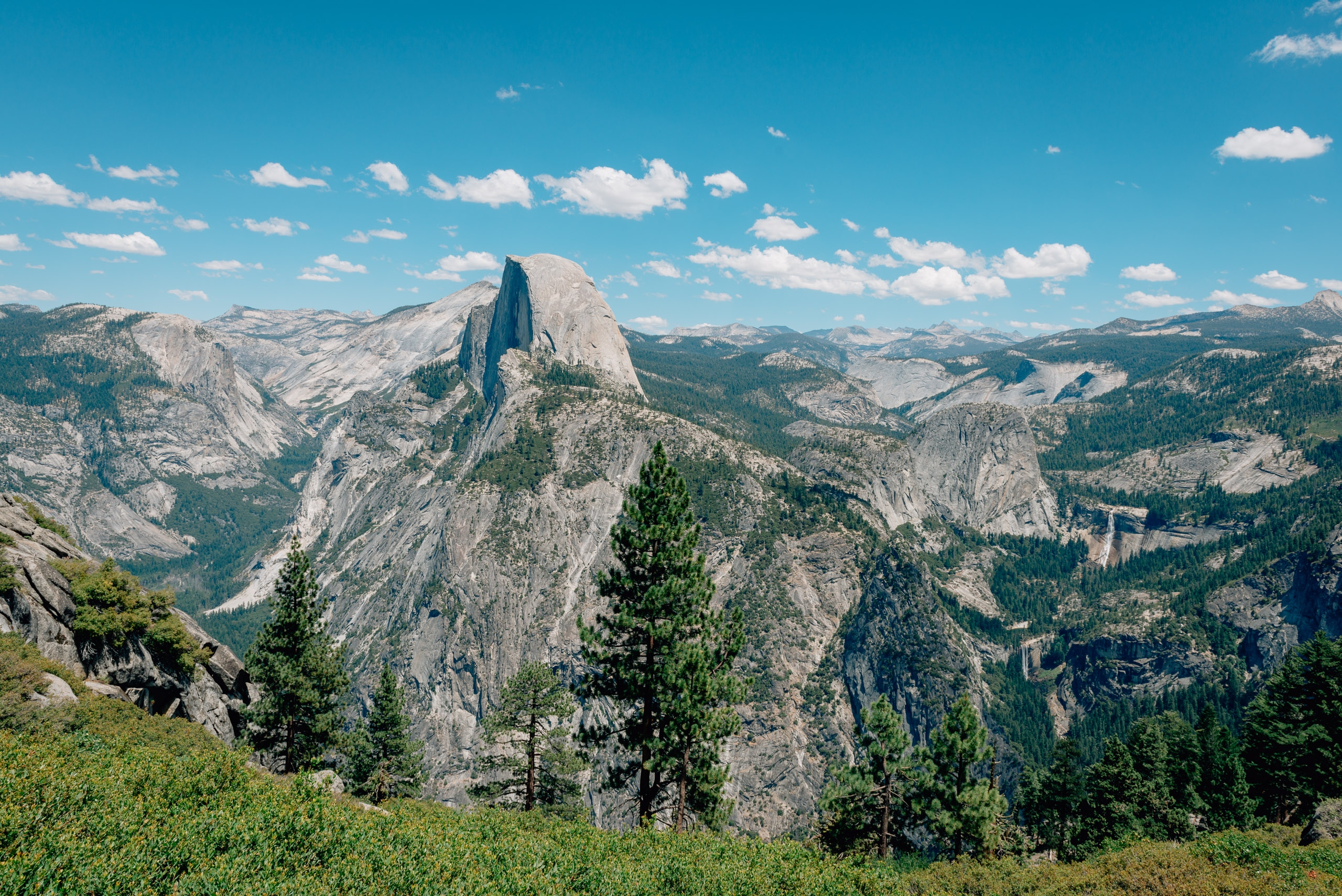 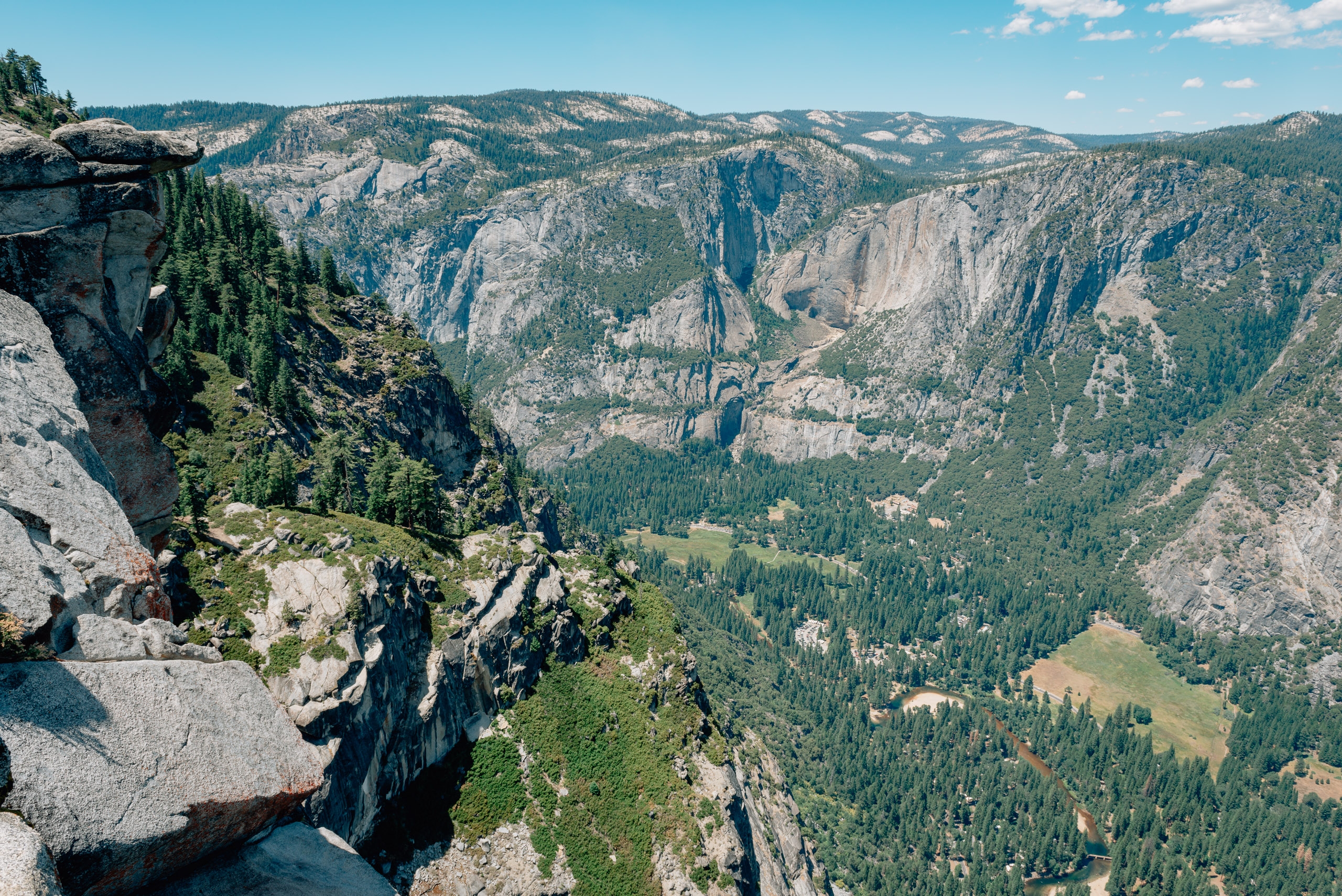 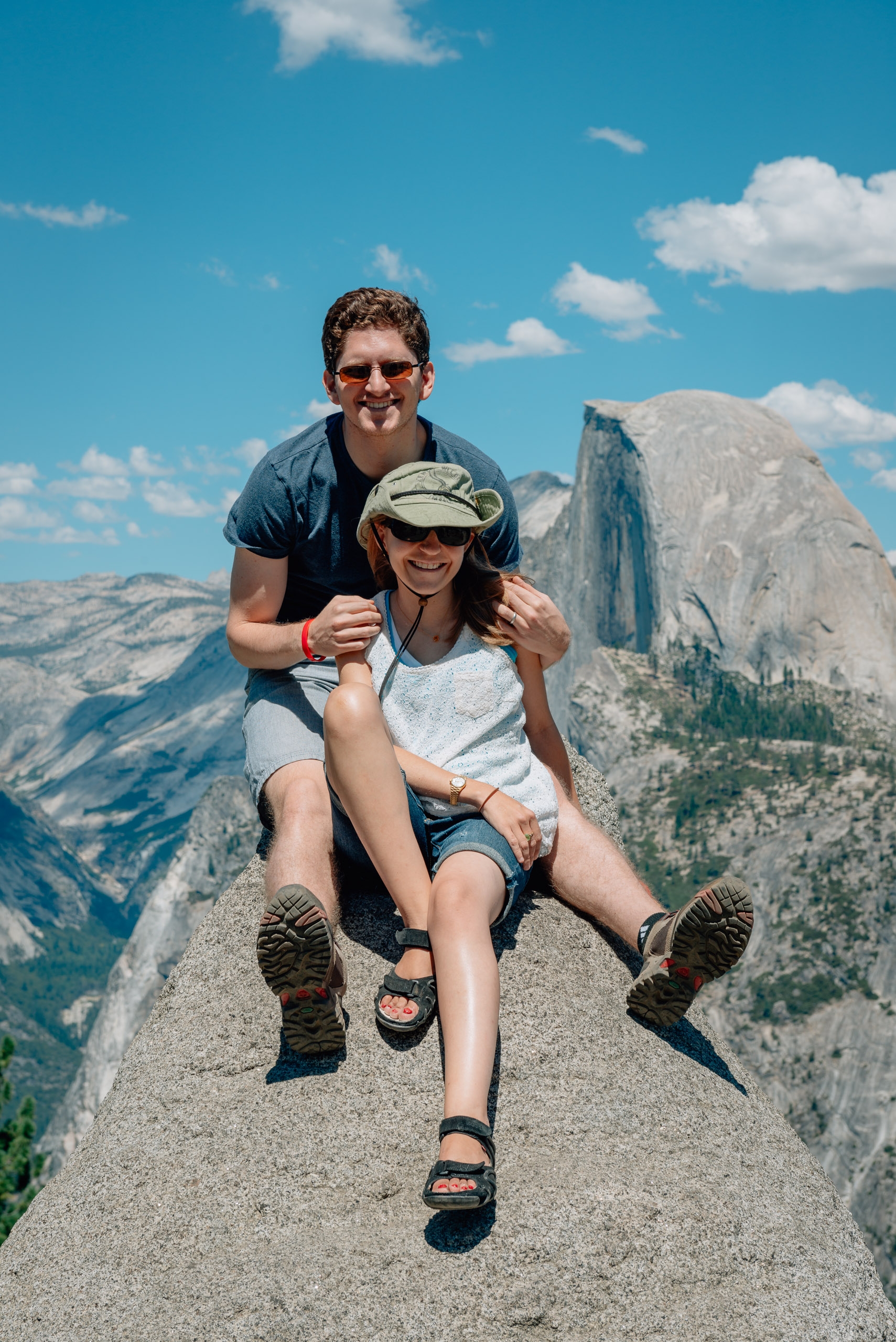 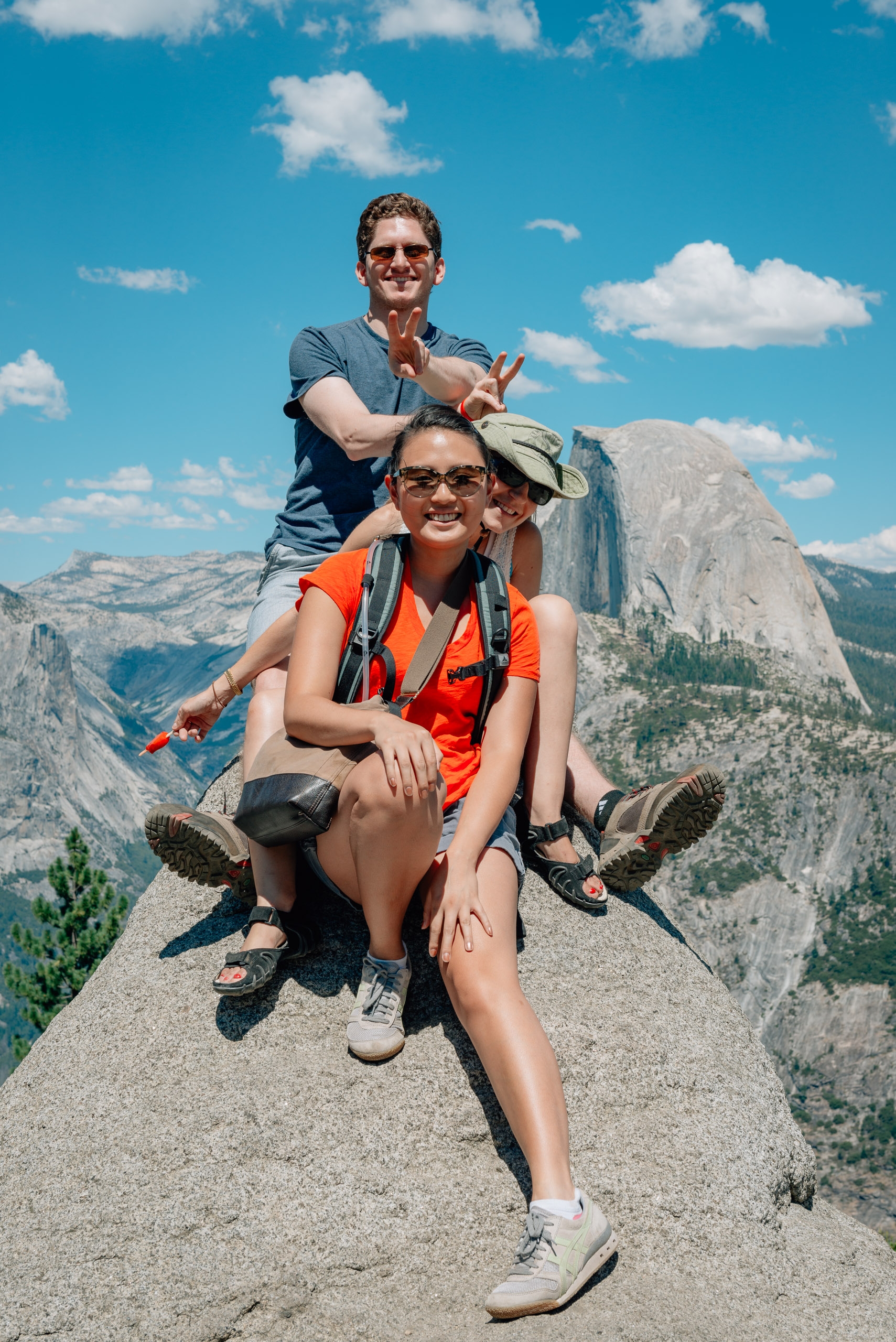 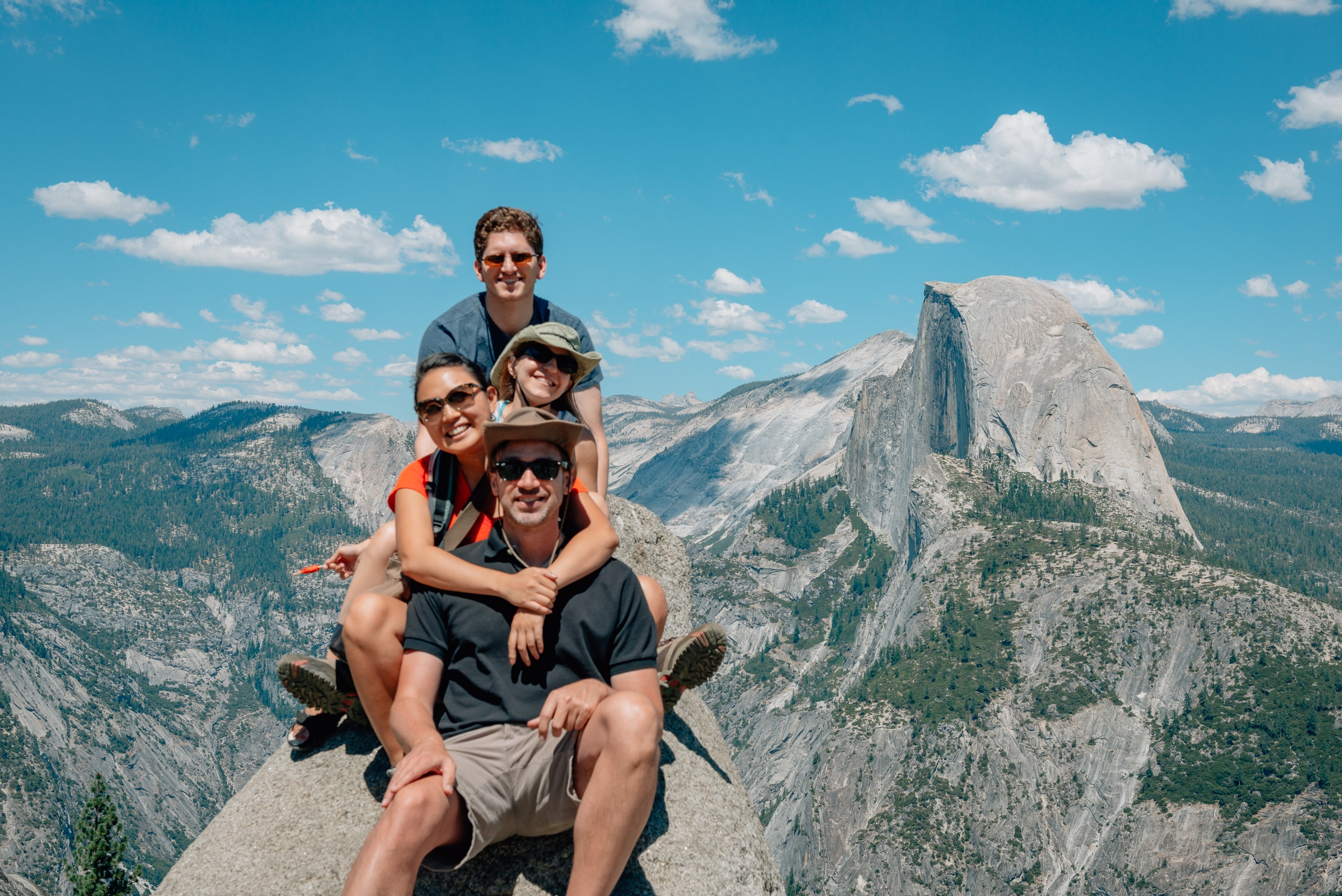 Dean, Jules, Jessica & Me (out of focus) at Glacier Point (click to enlarge)

After a few hours atop Glacier Point, we drove back down to Yosemite Valley and drove the valley loop around the park. By late afternoon, the traffic had subsided a bit, but there were still massive delays in getting around. We went past El Capitan and through Curry Village on our way to the Awhahnee Hotel for evening cocktails and a snack. The bars signature cocktail is the El Capitini, which is basically a Cosmo served with a keepsake carabineer (not to be used for climbing). 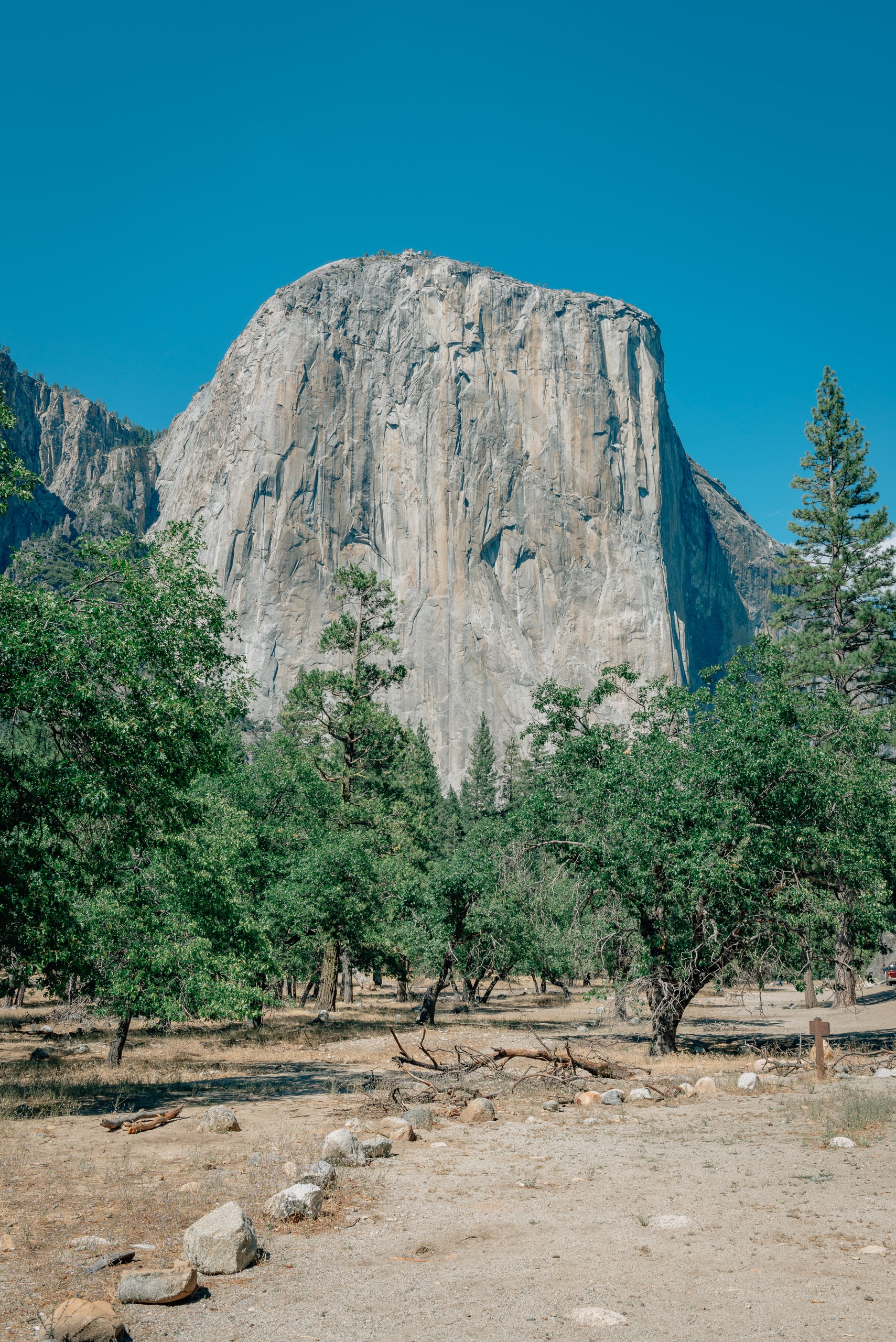 El Capitan from the Valley Floor (click to enlarge) 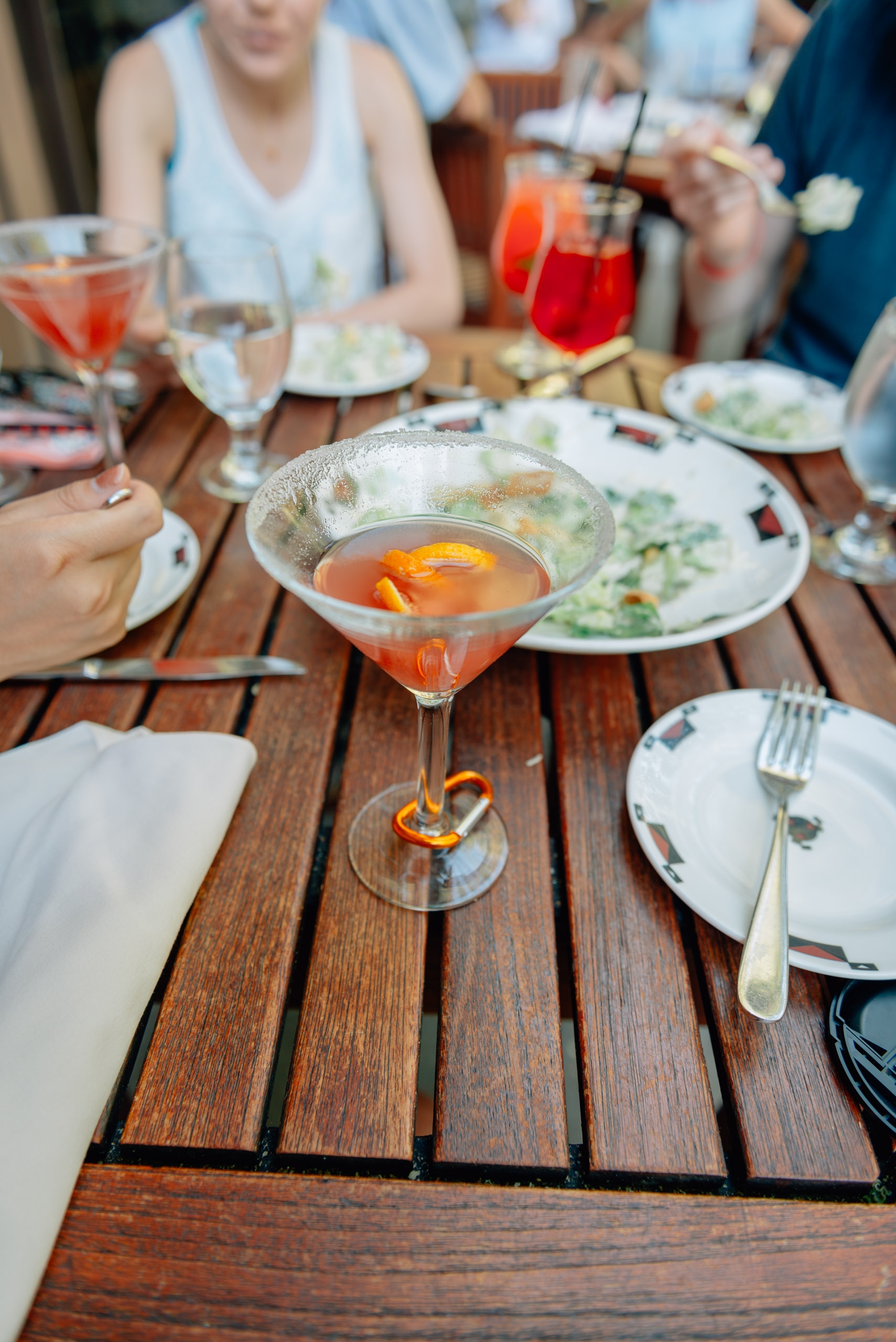 The Famed El Capitini at the Ahwahnee Hotel (click to enlarge)

Saturday night was our typical barbecue of hot dogs, burgers and leftovers from the Friday potluck. The evening was clear and warm, and we stayed up until well past midnight polishing off the coolers of beer and catching up with friends.

Sunday we wrapped up with breakfast, broke camp and posed for our usual group photos. This years turnout was smaller than in the past, but we had a terrific time and a fitting last year. The past 13 years have been a terrific experience, and Im glad to have met so many terrific new friends, as well as connecting (and reconnecting) with current ones. As fun as these trips have been, were looking forward to exploring new places and meeting new people in future adventures.

Special thanks to John and Carey whove attended all 13 events. You are hereby excused. 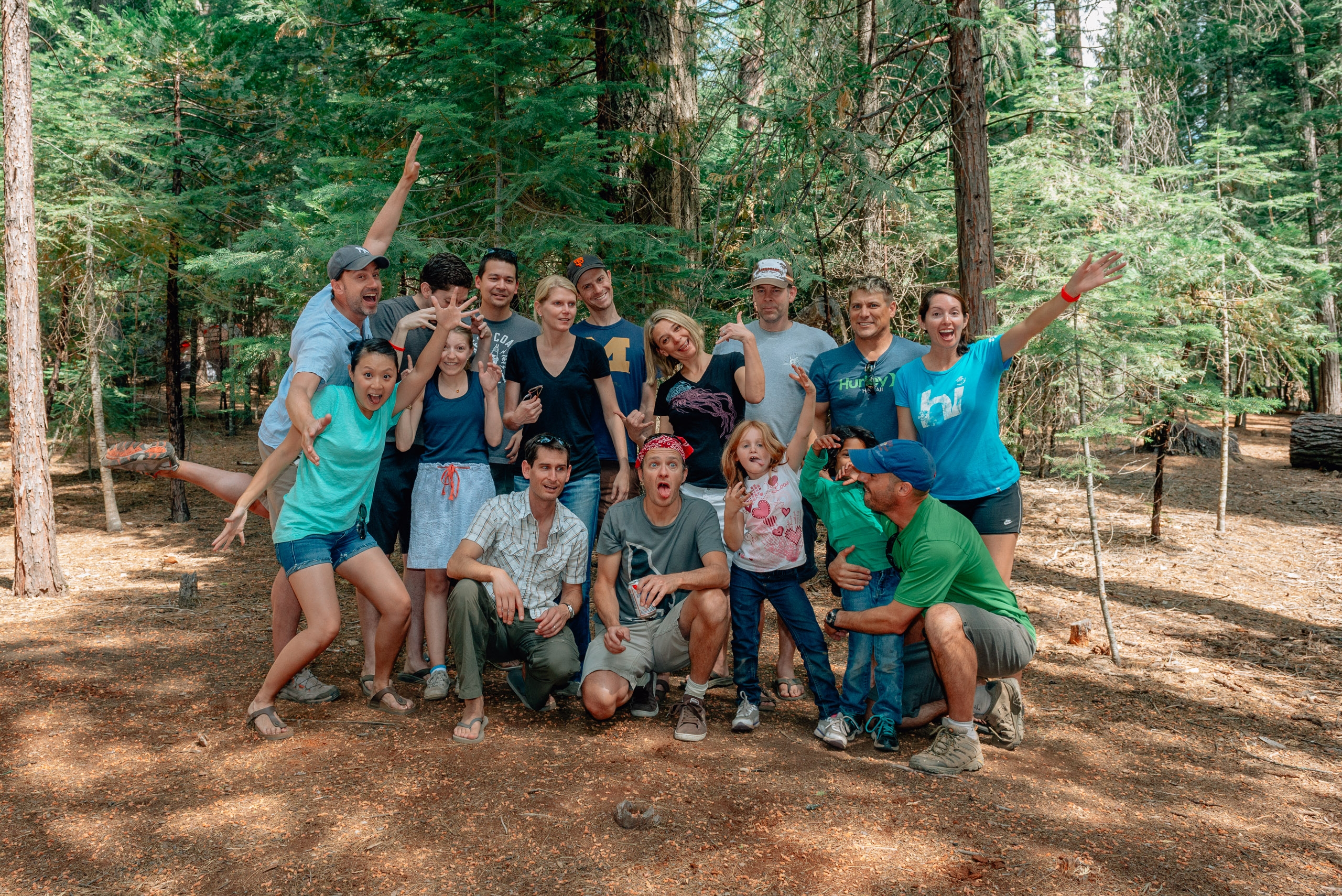 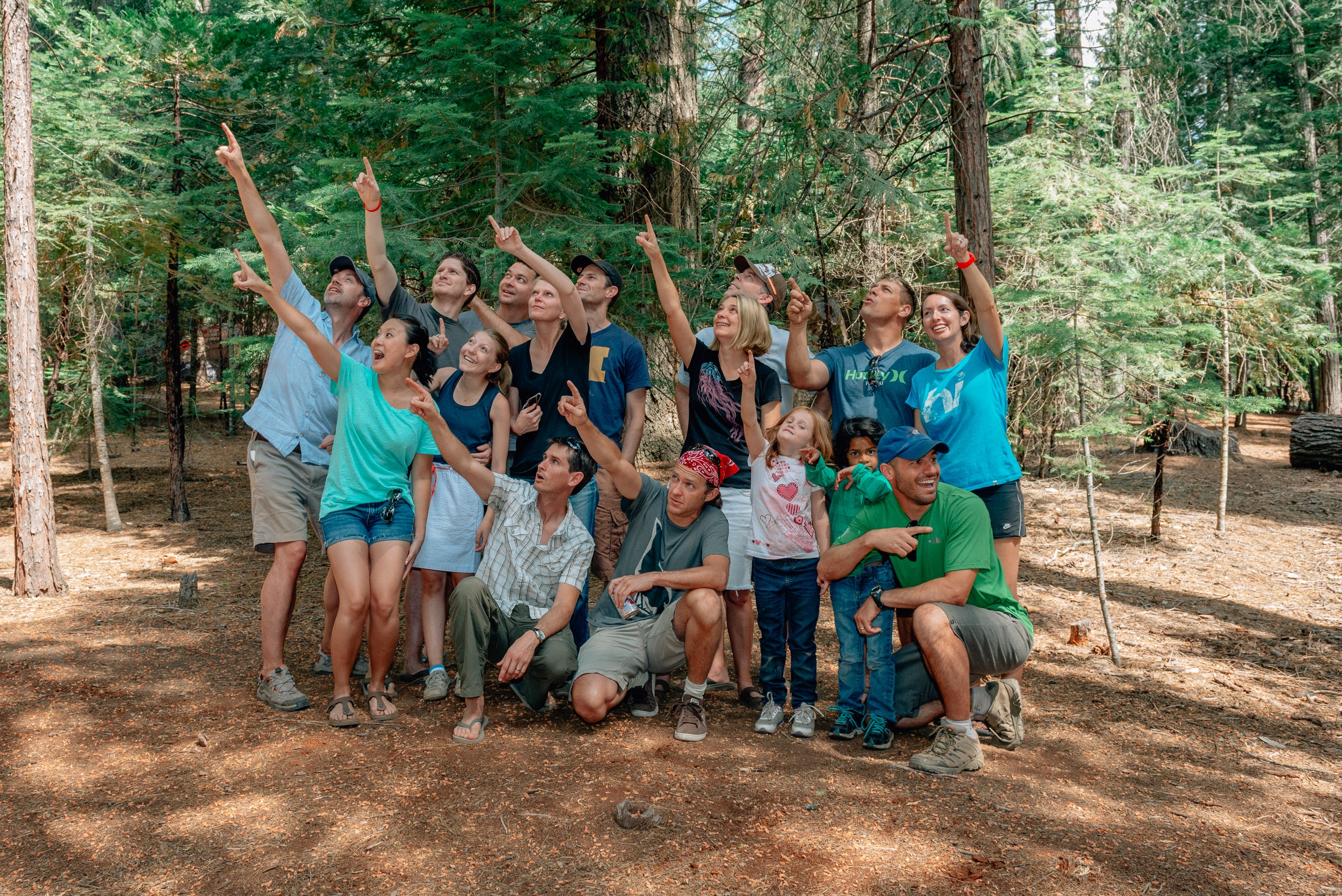 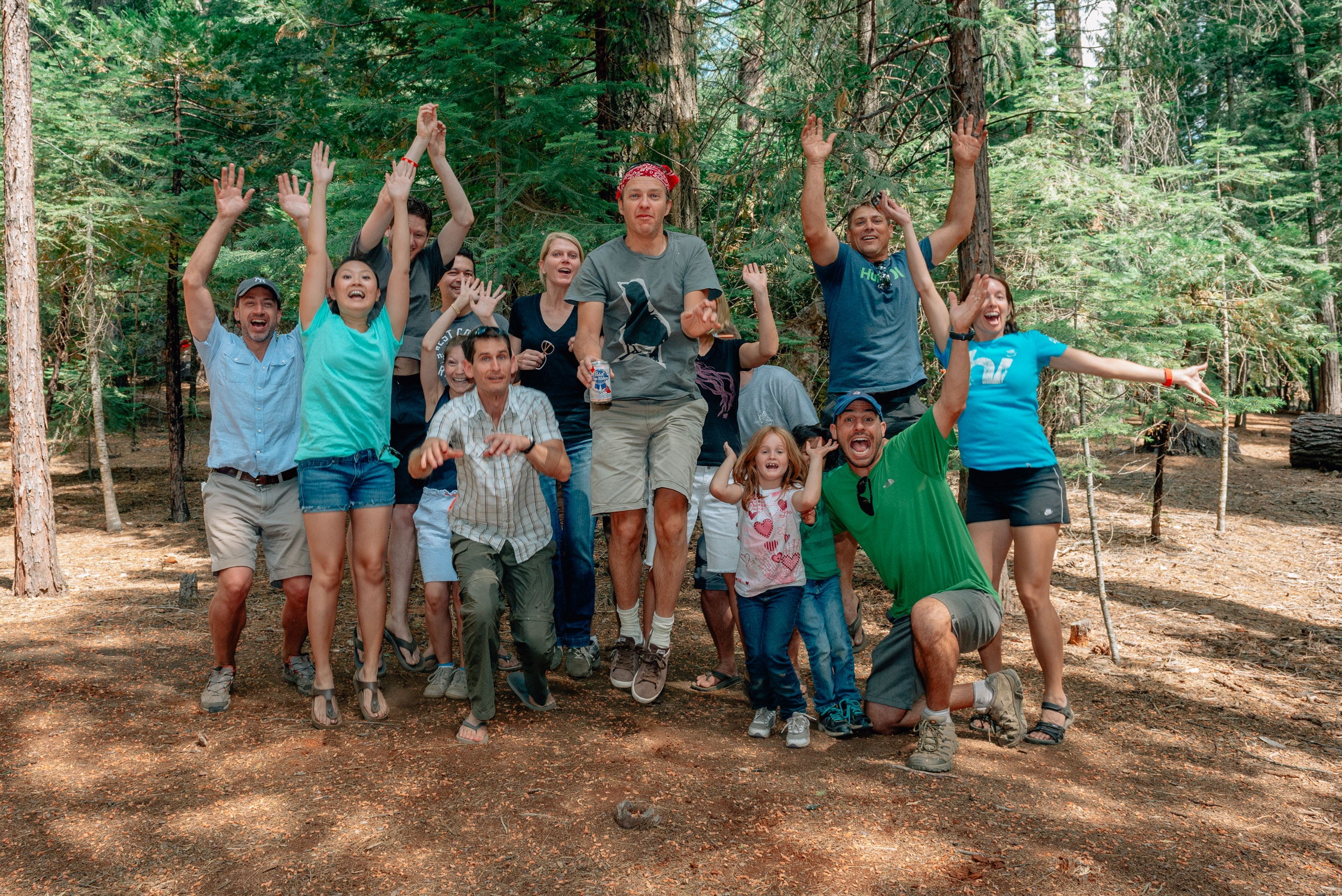 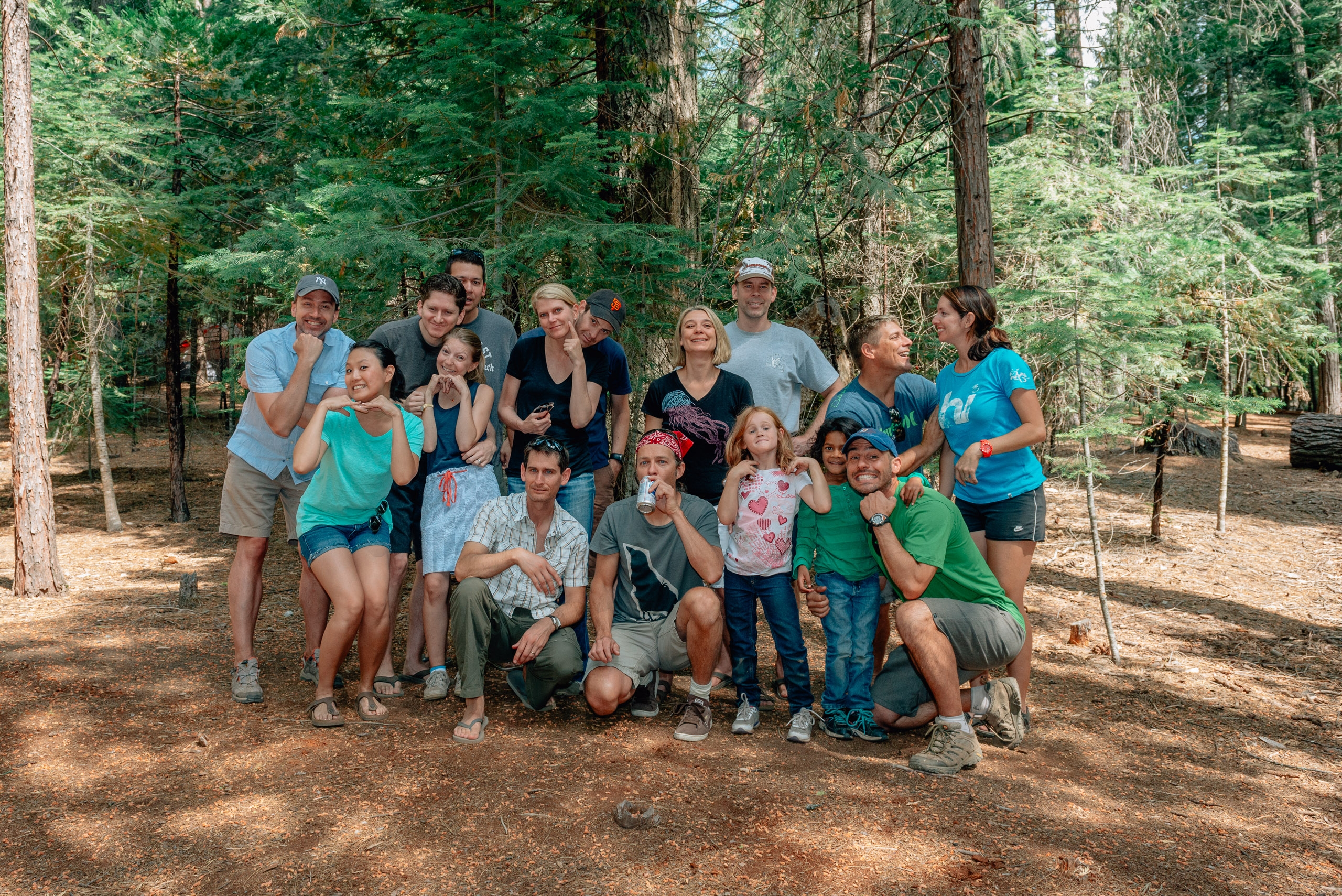 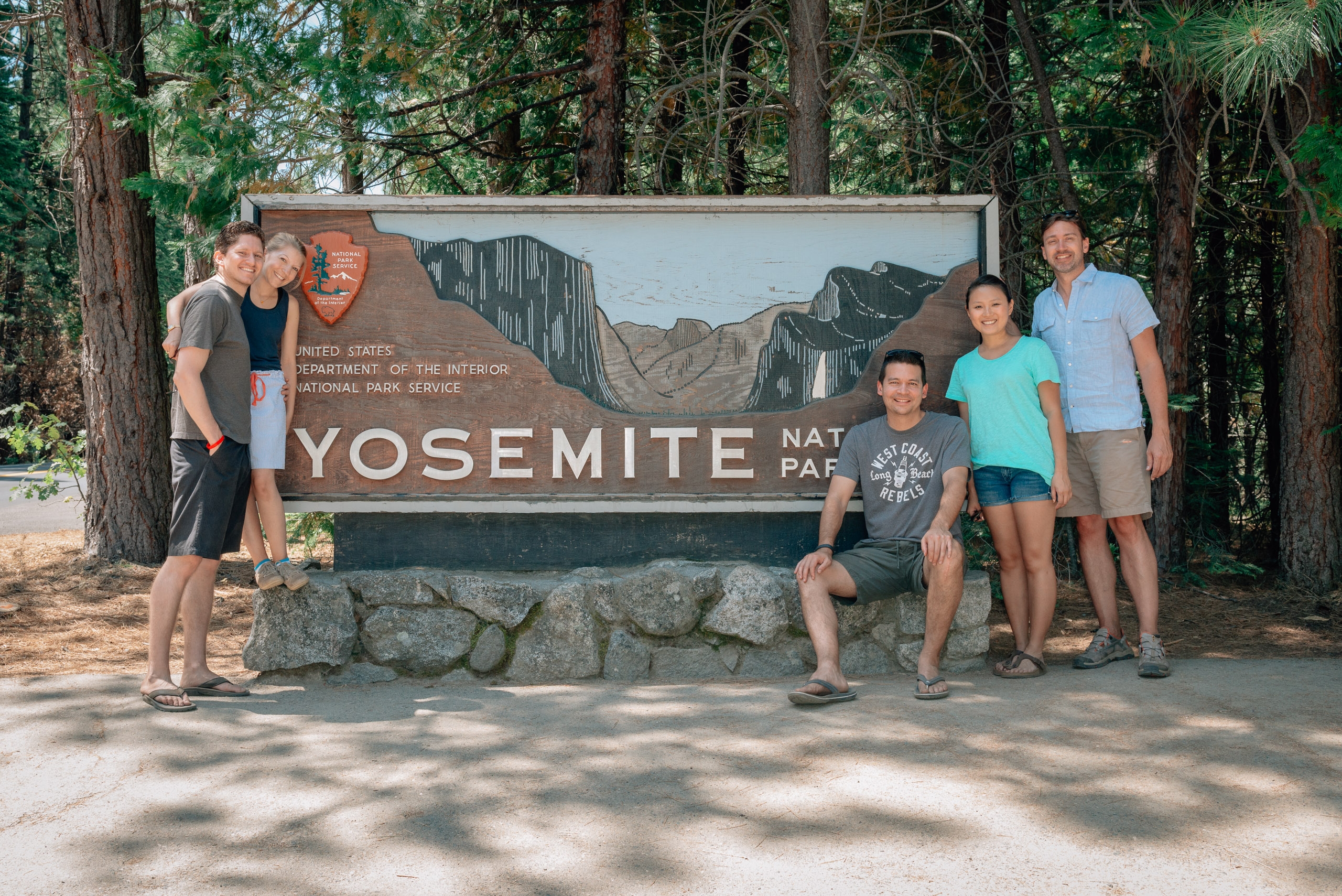