dark mode
Death of a Camera: The Dreaded Nikon D7000 Err
October 31, 2011
Friday night we were preparing to shoot photos of our Rock & Roll Halloween costumes when tragedy struck. I put my Nikon D7000 on the tripod, shot a few test shots then noticed the camera started making a pretty awful clunking noise. It would no longer focus, the live preview wouldn't enable, and the camera controls became unresponsive. I replaced the battery, swapped the memory cards and changed the lens, but all to no avail. The camera seemed to be in mirror lock-up mode, but the shutter wouldn't actuate and the autofocus servos weren't moving. The last photo the camera took shows obvious signs of a state of failure. I'm not really sure what's happening in this photo. 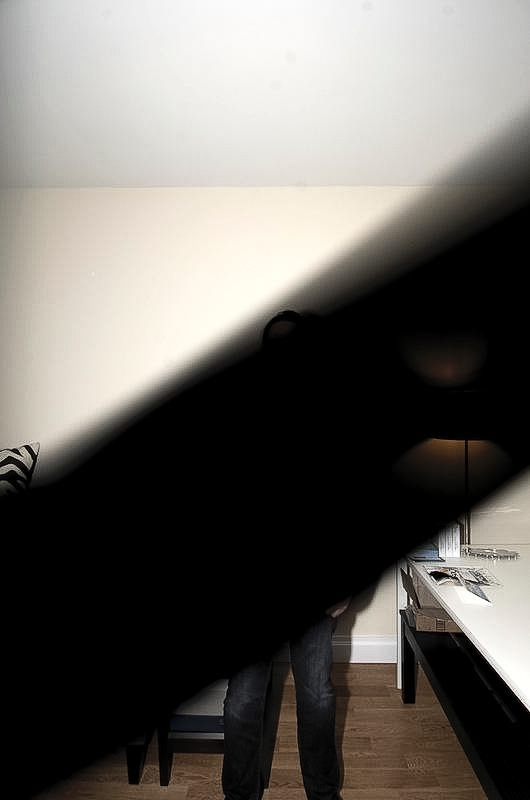 In this photo, there's clearly something amiss.

I started getting an error message on the top LCD, a cryptic and uninformative, 'Err'. I did some Googling and quickly realized that this is a pretty serious problem, and that the camera would have to be shipped back to Nikon for repair. The camera was still under warranty (purchased in December of 2010), so today its off to Long Island and I'll wait for news.

Luckily we had a D40 on hand, so we went ahead with our Halloween shoot. I'm glad this problem surfaced now, rather than two weeks ago on vacation, or during our upcoming trip to China. Having a camera fail on the road would be pretty disheartening. Perhaps the moral of the story is always have a backup DSLR handy. That sounds expensive and impractical.

Update: I got the camera back about a month later. Per the warranty, I shipped the camera off to the repair depot on Long Island. Most of the time was spent waiting for parts, but eventually I learned from the repair manifest that the entire shutter mechanism was replaced. From this I gather that the D7000 ERR is a big deal. The camera seems to be working great now, but I'm nervous it might happen again, so now I carry at D40x as backup while traveling. Wish me luck!

Update 2: Its been many months since the D7000 repair, including a few very extensive and photo-heavy overseas trips. The camera has performed flawlessly since having the shutter mechanism replaced. This summer I got a D800, but kept the D7000 as a back-up body and for shooting timelapse sequences. Fingers still crossed, but so far, so good.

Update 5: I upgraded from the A7RII to the A7RIII and have loved it.
tags: halloween, photography