dark mode
The Dangers of Climbing Half Dome
August 02, 2011
This morning I read that on Sunday, July 31, a 26 year old woman from San Ramon, California fell over 600 feet to her death while descending the perilous cables atop the summit of Half Dome. This is the 14th fatality in Yosemite National Park this year, but the only on Half Dome (two weeks ago three hikers ignored warnings and ventured beyond the safety barriers above Vernal Falls, and paid for this costly lapse of judgment with their lives).

These deaths are tragic, and serve as a sobering reminder of the dangers of exploring the back country wilderness in a place like Yosemite. Despite the posted and written warnings, and there are many, brazen and unskilled adventurers continue to put themselves, others and the enjoyment of these parks at risk.

When I climbed the summit a few weeks ago, I was surprised by the condition of some of the climbers. I saw people wearing sandals and other inadequate gear, people so obviously exhausted they could hardly stand, people drinking (excessively) on the top to celebrate their triumph and more than one person experiencing a full on panic attack part way up the climb.

While the permit system has reduced the crowds on the Half Dome trail, it hasn't improved the readiness of the climbers or the safety the climb itself. I can't imagine any scenario where the Park Service or any other authority would be in a position to assess the adequacy of persons attempting the summit, so it wouldn't surprise me if they'll eventually be forced to close the trail. I'm not advocating they do this but I don't see many alternatives to the contrary. I did see a number of climbers using a harness and carabiners to attach themselves to the cable during the ascent and descent, and requiring such equipment might be a reasonable approach to greatly improving safety in the event of a lost grip or foothold.

If you're interested in climbing Half Dome, and its a challenging and rewarding experience, you should do so soon as future opportunities may be in question. If you do go, get in shape, know your abilities and be courageous enough to turn back if you've reached your limit.

Update: I dont' know the specifics of this accident, and it wasn't my intent to imply that this woman was unfit, unqualified or being reckless in any way. Rather, the inherent danger is sufficient enough that anyone who attempts the cable climb, regardless of ability, puts his or her life in jeopardy. 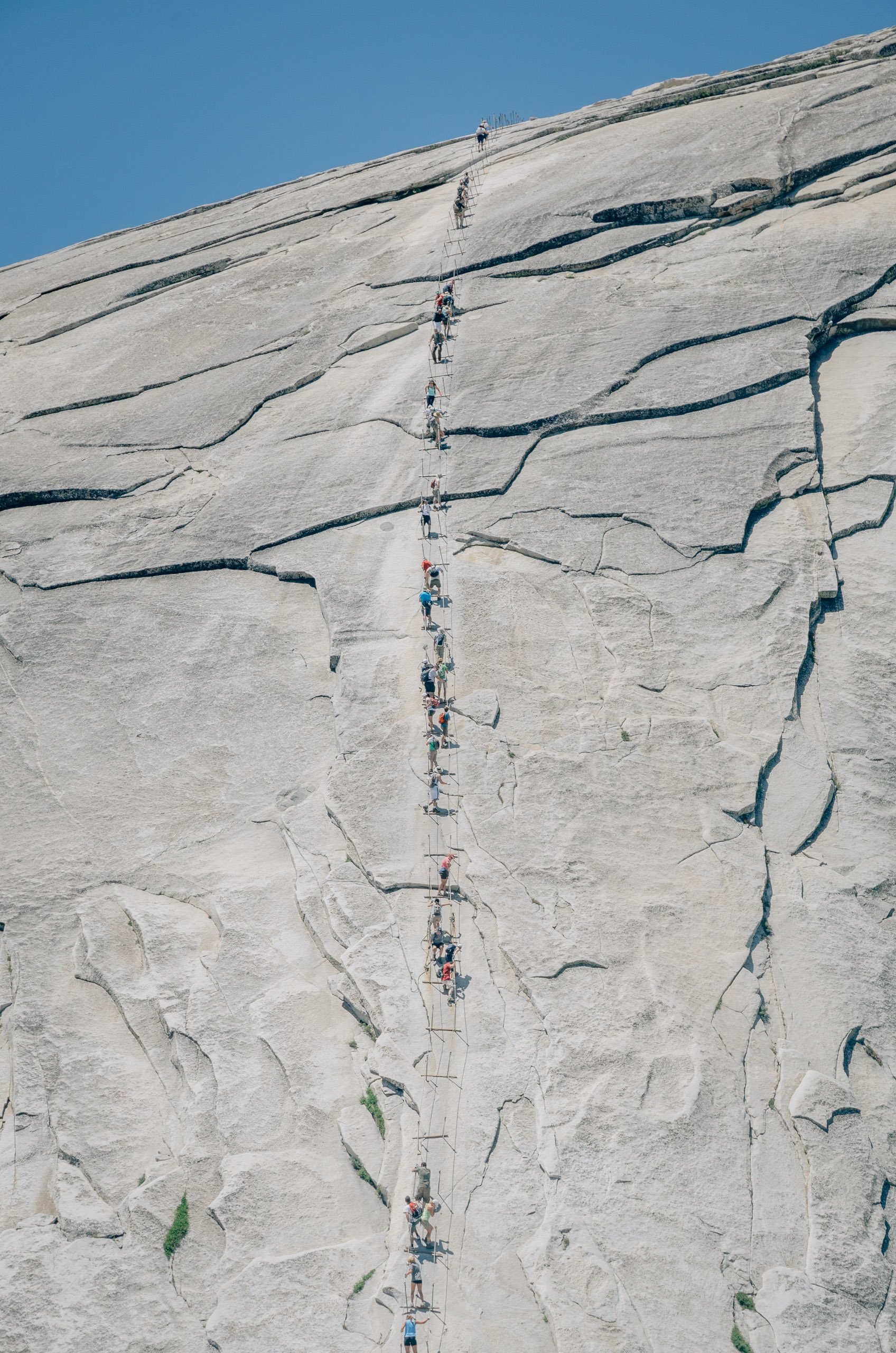 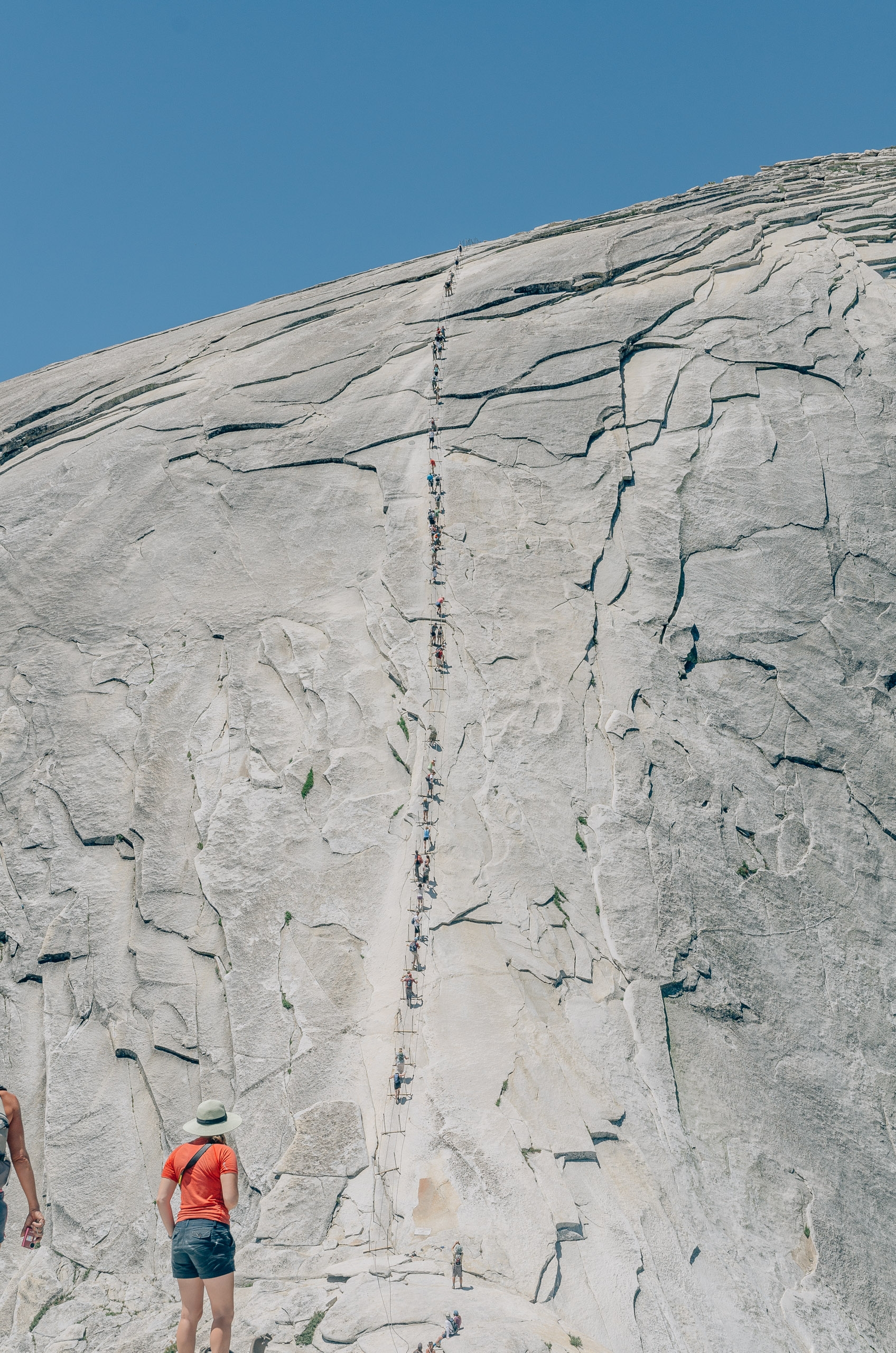 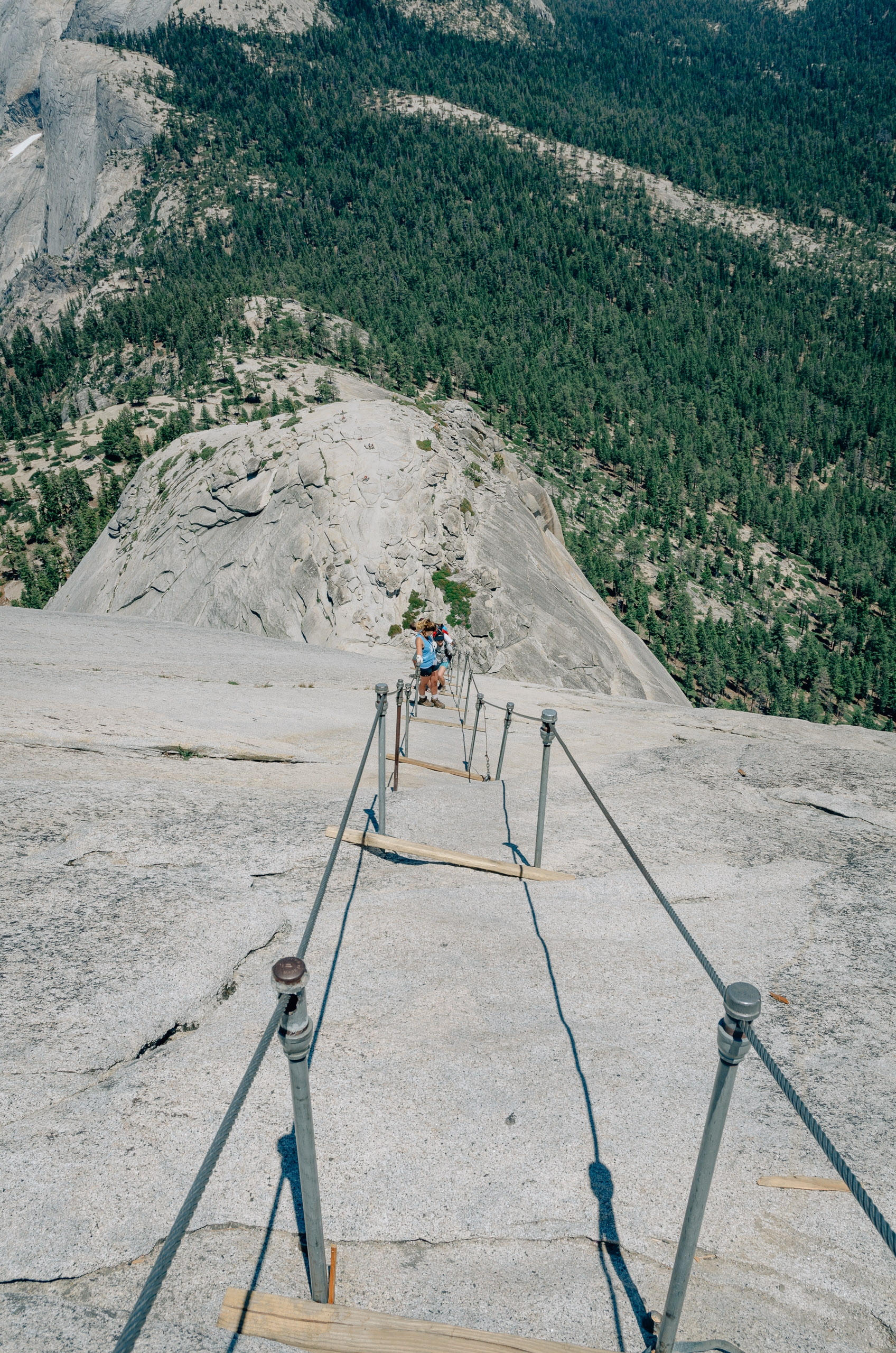