dark mode
A Tale of Two Beefs: HOPR vs Lawry's
November 10, 2010
When we were in Tokyo last, we had been in Asia nearly three weeks and were getting a little worn down by all the, well, Asian food.  We decided to try something a little closer to home and akin to one of our all time favorites, so we made a trip to Lawry's in Tokyo.

Lawry's (purveyors of Lawry's Seasoning Salt) opened their prime rib restaurant in Southern California in the late 1940s, at almost the exact time the House of Prime Rib opened in San Francisco.  Each claims the other stole their idea, which isn't surprising given the operation, menu presentation at the two restaurants is nearly identical.

I reckon I've been to the House of Prime Rib around 50 times (that's no joke) but had never tried Lawry's.  In short, I was underwhelmed.  It was a good prime rib, but nothing like the House of Prime Rib.  To be fair, this was in Tokyo and I suppose its difficult to replicate such a recipe exactly, but then why bother to go abroad if you can't do so perfectly? Lawry's has restaurants all over Asia; in Tokyo, Taipei, Hong Kong and even Shanghai.  The Tokyo location is the only one I've tried, so for now its HOPR 1, Lawry's 0.

If you've tried both, I'm curious to know your opinion (please specify which Lawry's you went to). 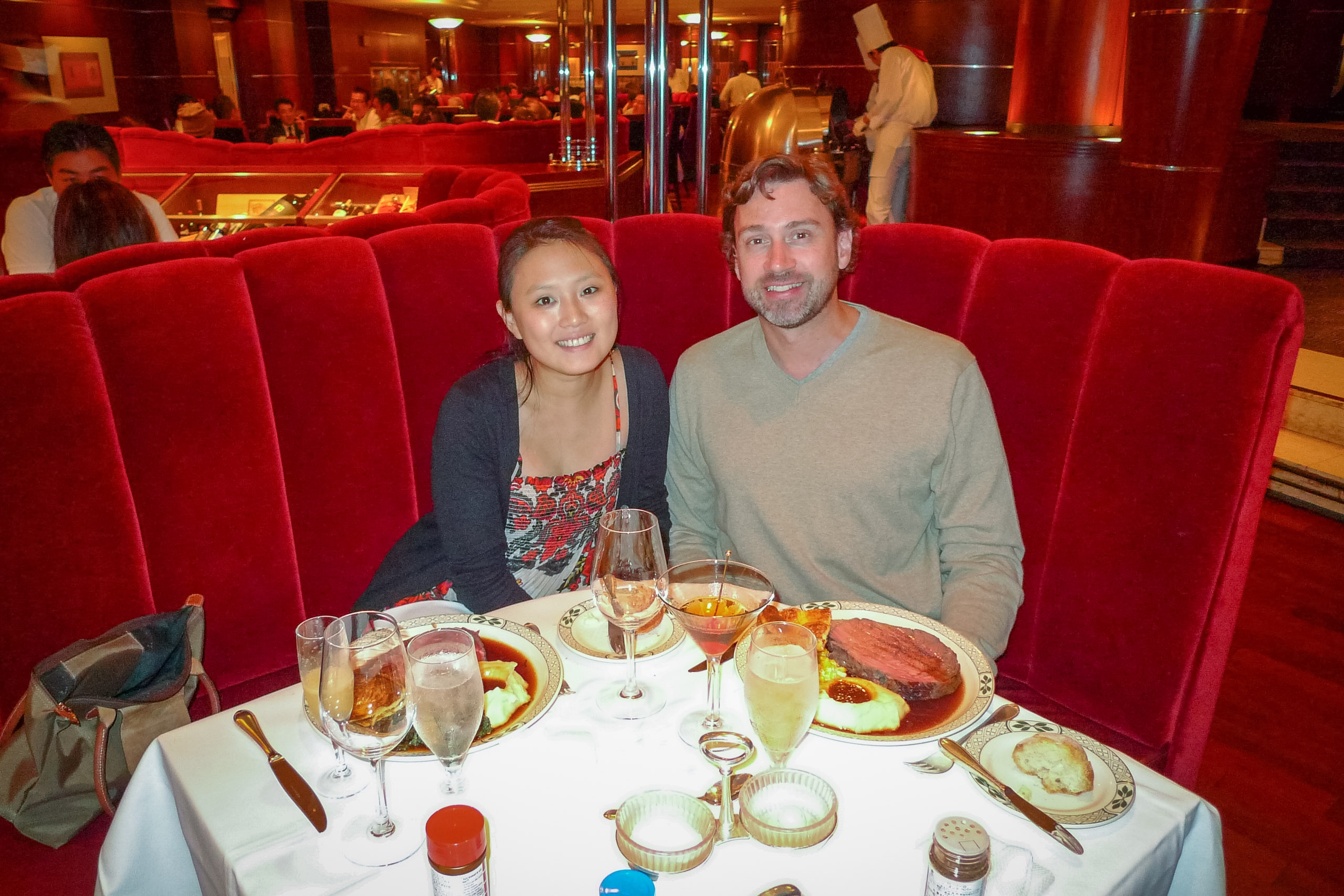